This is my first spring without a "job", so I didn't think I'd get the travel/gardening/play outside bug as bad as I did when I was surrounded by 25 wiggly little kids, but I've been bitten and it looks like another case of the fever.

The past week or so i just haven't been able to stay inside, so i have been busy with gardening chores: fill window wells with rocks, keep Ella out of the mud, scoop poop, redirect the baby away from the dog's bowl, de-grass the flower beds, stop the kid from eating rocks, wash off and arrange patio furniture, give in and let the monkey get muddy, take BBQ outside, hose off the child, mow and edge lawn, play with dog (yes, that's a chore), clean out garage, cheer for slowly budding tulips, etc.

But now I'm ready for some FUN projects, so here is my latest inspiration, taken from DIY magazine:

In spite of the last two failed attempts, I am going to try a garden. I may have a psycho vegetarian dog and the worst soil on the planet, but this year I laugh in the face of my opposition. I WILL HAVE A GARDEN! Unfortunately I didn't take a "before" picture. Just picture a minefield in Bosnia. Give me a week or so and I will have some pics to post of my (hopefully) awesome garden. And if it doesn't turn out, at least I will have gotten a good workout and some extra sun time!

Does anyone have any tips to help me out?

I just love my Ella girl. I love her so much it makes me want to squish her and love her and hug her every second of every day. I love how she crawls like a maniac and is addicted to her toothbrush. I love how she squishes up her nose and makes the cutest noises and words. She makes my life whole and meaningful and amazing. She is almost one year old and I can't believe it. Thanks, Caity, for the beautiful picture. It's my favorite! 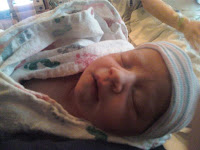 My sister Candace had her baby today! Her name is Josie Heward, and she was born at 12:02 today. 6 lbs, 8 oz, and 20 in. long. She is absolutely beautiful!! Hold on Candace and Grant, you're in for an exciting ride! You are going to be such good parents!

So maybe it's because it's Monday. Or maybe it's just "that time of the month." But today I woke up feeling frustrated. I have been fighting a weight-loss battle for 3 and a half months, and I'm at a standstill. I lost the first 20 lbs in the first 2 months, and now for all of March and April so far I have only lost 3 lbs and they yo-yo up 2 down 3, up 3 down 2.

I know I havent been super diligent every day; we traveled a lot and there are always those dang Sunday dinners! (BTW- thanks for the brownie last night, Heather... It was delish!) I just go through these cycles that never end: super good eating on Mon thru Thyrs. Then the weekends get progressively worse.

So, this isn't just a venting session (though I thank you for putting up with it). I am just telling you all that I am recommitting to my awesome habits I know I can maintain. I have just gotten lazy and I'm asking you to help me! If you see me eating a brownie after dinner or trying to be lazy and not cook a good dinner, just remind me that I have 40 lbs left to go...

We have had a wild spring so far! As noted in the last post, we went down to Moab so Jon could work and we could play. Then we flew to California and drove up to Southern Oregon for a family funeral. Then, last minute, Jon decided that for his actual Spring Break he wanted to go to New York, so off we went! Here are some of the highlights: 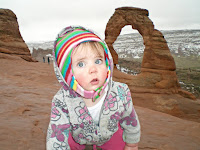 Hiking to Delicate Arch was breathtaking! Definitely one of my favorite Utah hikes!

You can see by Ella's expression how much she LOVES the outdoors... we're working on it!

Our buddies Caity and Bob came with us and we had so much fun! (Thanks Caity, for all the pictures!)

California and Oregon
Jon's aunt, uncle, and grandma live in Vacaville, CA, so we flew in to the Oakland Airport and stayed with them for a couple of nights. They gave us a beautiful tour of Napa Valley and we spent a lot of time just catching up... so fun. 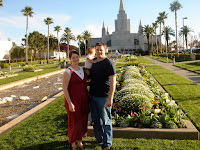 We stopped by the Oakland Temple on the way to Vacaville - it was a beautiful day! 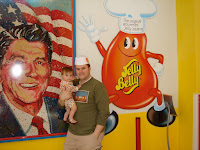 We went to the Jelly Belly Factory in Fairfield - pretty interesting! 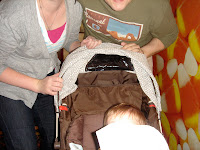 This is what some talented fellow tour-goer took of us in line. Nice... It's one of those awkward times where they're like, "Is it okay?" and you're thinking, "Gee, not really, but if you think it's sort-of okay, then we don't need your help anymore!"


We took a gorgeous drive up to Oregon that included olive tasting and scenic views, and a lot of baby pit stops! 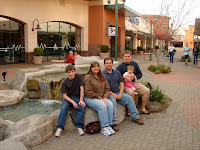 Jon's Aunt Jean, Uncle Pat, and Cousin Shawn met up with us for ice cream in Oregon. So fun! 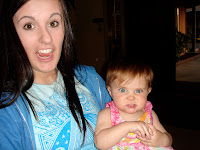 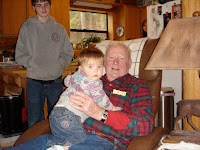 Ella and I met Jon's grandpa for the first time - he is so sweet! 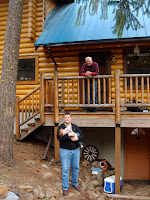 This is the cabin that Jon's dad built with his family before he passed away. It was a touching moment to be there and talk about memories of him. 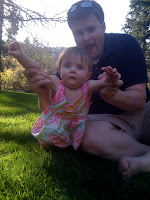 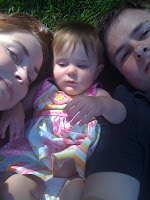 Lithia Park in Ashland, Oregon, is one of my new favoritest places in the world. It was absolutely fabulous! We would move there if it wasn't so far away! 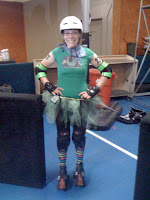 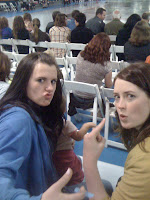 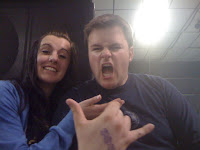 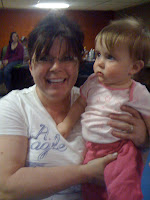 These photos are of a roller derby - a full-on Medford, OR, beat down on wheels. Jon's cousin is the star (player?) on her team and she ROCKED. I wish I could be that cool. Even Ella loved hanging out there with Grandma!

New York
I just realized that my photos from NY aren't uploaded yet... oops! Stay tuned!